The 2017 Rocket Mass Heater Workshop Jamboree will be held near Missoula, Montana and is composed of three parts:

Workshop Jamboree Part I - October 6-8, 2017 (Friday evening through Sunday) A weekend of simultaneous workshops where the innovators will teach different aspects of rocket mass heater application. There will be at least 4 projects happening at a time, and students can wander around between projects.

Workshop Jamboree Part II - October 9-13, 2017 (Monday through Friday) This will be a 5-day extravaganza of RMH innovation. Our 7 innovators will each be working on their pet projects.

The Rocket Mass Heater Workshop Jamboree Part I starts Friday night, October 6 at 6pm and runs through Sunday, October 8 at 5pm. So it is a weekend, with "Fire Science Theater" thrown in on Friday night. 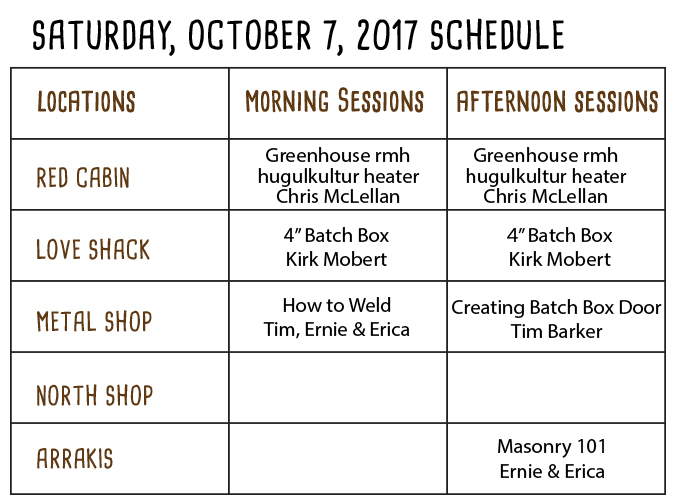 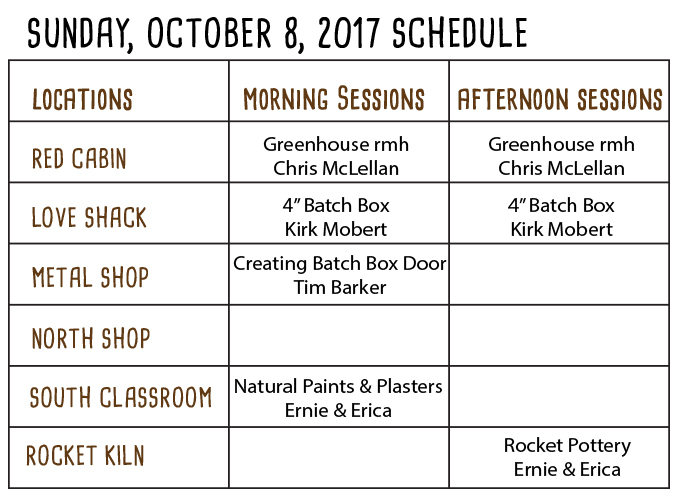 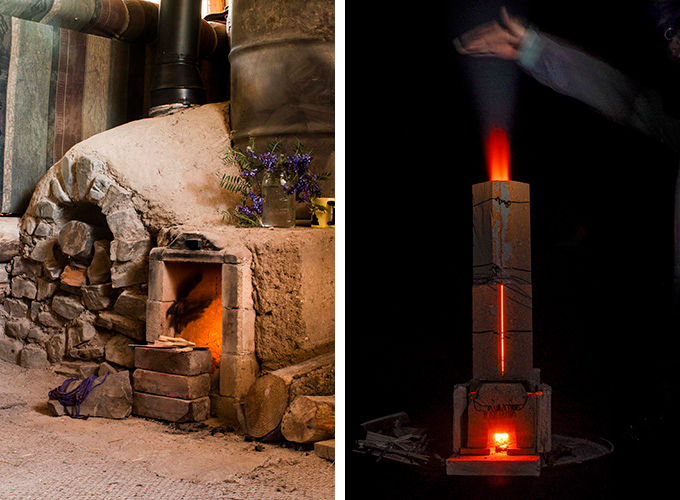 Schedules may change slightly. Keep an eye on this page to stay abreast of the lastest plans.

You will be able to wander between each of the innovators sites. They appreciate your help in what they are creating - your presence accelerates the innovation! Most people seem to form a bond with their favorite innovator by the end of the first day and focus on the one project - while still taking a little time to visit the other projects each day. 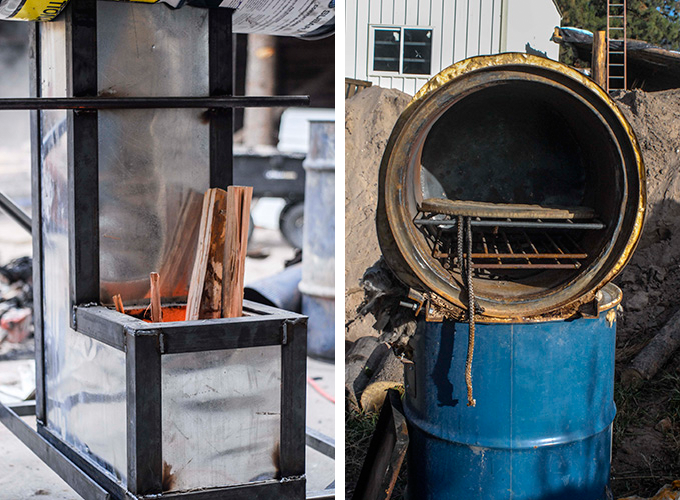 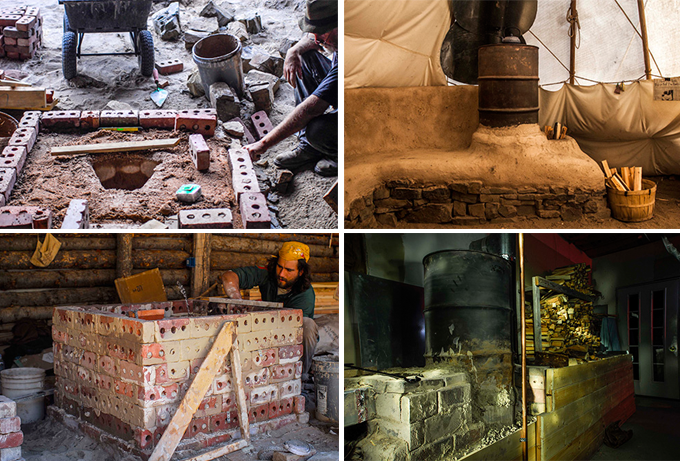 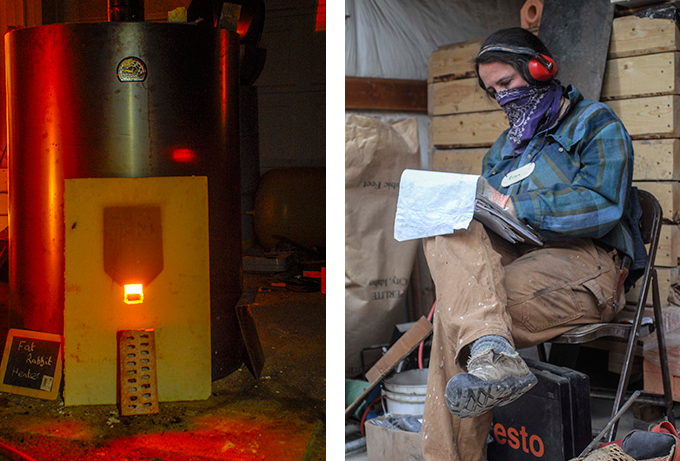